I generally try to avoid sensationalist posts with the words “amazing!” and “miracle treatment!” in them; however, this post is going to talk about a (for real) amazing miracle treatment that helped save my diabetic dad’s foot!

I’m excited to share it with you today, in the hopes that perhaps it will reach others out there in need of the information.

My dad has been a diabetic since he was 15 years old. At the time of his diagnosis, he knew exactly two people alive with diabetes. One had no legs and one was blind. Back then, in the 1950’s, one in five people died within 25 years of the diagnosis, one in four developed kidney failure, and about 90% suffered from diabetic retinopathy. (NIH source.)

It was a grave thing for a kid to face, but my dad is tough. He kept going, taught himself several skills, including custom cabinet making from a set of books, and has lived a long and active life.

Several years ago, he developed a sore on his foot that wouldn’t heal. In spite of heavy antibiotics and various medical treatments, it grew progressively worse until he ended up having two toes amputated. After the surgery, he had a team of excellent wound care doctors and was eventually able to resume his normal high energy activities.

Last year, he developed a sore on the same foot, just like the one that caused him to lose those two toes. For eight months, the standard medical treatments and antibiotics failed to help and it looked like he would need to be referred to a surgeon again.

One day, someone told him about their experience with treating a bad wound with raw honey. At that point, he was willing to try most anything. Being the go-to health nut with a ready stash of raw honey in the family, I was asked about it.

I did some research and turned up a fascinating case study. (NOTE: I’ve removed the original link that I found since it’s broken, but will look for another source and update when I find it!)

I printed it off and brought the papers over to his house along with a jar of raw honey from my father-in-law’s beehives. My dad took off his medicated bandage and started the honey treatment that very visit.

This is a photo of his sore, right before his first treatment of honey. Remember that it had looked like this for eight MONTHS, with no improvement:

Now, this is a photo of his sore, eight WEEKS after applying honey:

(The black part is where the doctor drew a circle around the sore each visit, to track its changes in growth.)

Just a few weeks after I took the second photo, his doctor declared that his foot was healed.

I wish that the story had a happy ending here, but I have to add that not long after this visit, my dad spent an entire day on his tractor bush-hogging fields and created a new sore. Another specialist determined that he had a bone in his foot that would keep creating a sore in the same place when a lot of pressure was placed on it, unless he got it operated on. (He declined that option for now.)

He tried some expensive manuka honey on the new sore, but it actually made it worse. (That can happen, but not always. THIS STUDY hints to a possible reason as to why.) He decided to try medical treatments again (that didn’t work, again) then circled back to local raw honey. Then, he fell and broke his hip opening up a new set of problems!

The good news is that today, his foot is completely healed again and his hip is so much better, that getting him to sit down long enough to take off his shoe so I could get a final photo of his healed foot has yet to happen. (But, I’ll update this post when I get one.)

Before I give the exact regimen he followed, it’s important to know that he did all of this with the approval of his doctors. Surprisingly, every single one he talked to had heard of using honey on diabetic sores, yet not a single one had felt the need to suggest it to him. (!!!)

So, what I’m saying is, if you have a diabetic ulcer/sore you should absolutely be under the care of a medical professional. This is just a retelling of a home remedy that helped my dad and should not be construed as medical advice for your particular situation.

He has a custom shoe that keeps pressure off of his foot, even when he’s walking. For best results though, keep your foot propped up as often as possible. (This part was particularly hard for my dad, since he hates to just sit around.)

Since it’s so very important, I want to reiterate it once more: If you have a diabetic sore or ulcer, get your doctor’s blessing before attempting ANY home remedy.

Also, don’t discount this as only being a treatment for diabetics. Raw honey excels at healing many types of slow-to-heal wounds, such as bed sores. 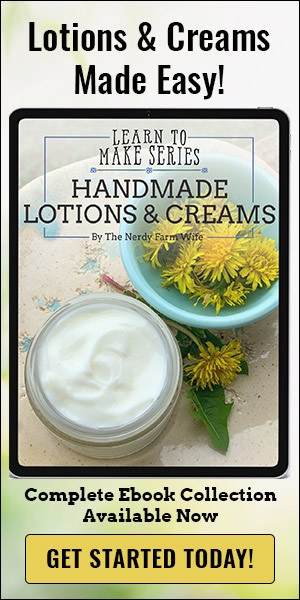